Posted by Ruud Janssen at 08:07 No comments:


Dear Friend!
The Arnolfini Mini[e]MailArt No39.: Sandwiches will close in 31 August.
Please, send your work, if you like!

Best, Ervin Zsubori
Posted by Ruud Janssen at 11:34 No comments: 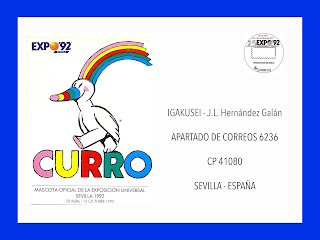 
The 1992 Seville Universal Exposition was held in the capital of Andalusia in 1992, and was popularly known as “Expo’92”. This year marks the 25th anniversary of that wonderful event, which we want to celebrate with this mail art call.

Small format (10x15cm). Free technique. Send by airmail. Do NOT use ENVELOPE (must have postmark)

The postcard will be published on this blog ( https://igakuseimailart.wordpress.com ), making reference to the author.

Offensive material will not be published. No returns. Documentation will be sent to participants.
Please, indicate your name, address and email on each postcard.

Posted by Ruud Janssen at 08:00 No comments: 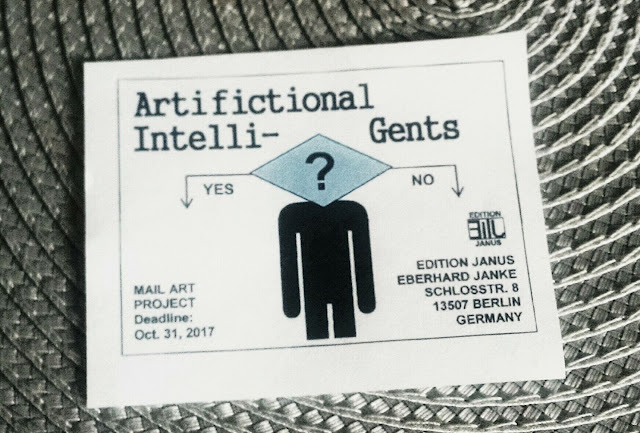 Posted by Ruud Janssen at 10:08 No comments: 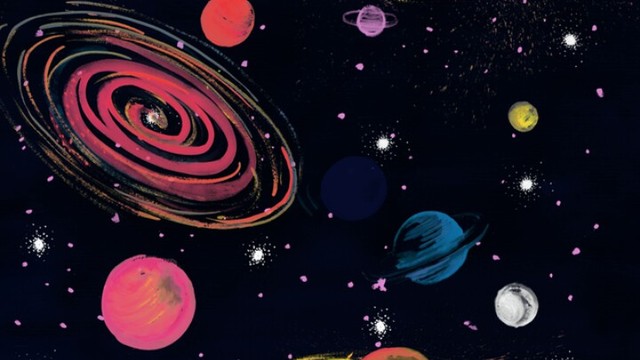 
Who hasn't, at least once in their life, wondered where the first molecule that created our planet came from?

And why was Planet Earth chosen for the development of life? Why did dinosaurs go extinct?

Maybe because Planet Jupiter, the Solar System titan that protects us from asteroids, was not in the same position as it is nowadays? Without it preventing these giant "rocks", could devastating impacts still happen?

Human development and the first civilizations, where did they come from? Maybe from a superior mind, enlightened in comparison to the average Earth inhabitants at the time.

Think Leonardo Da Vinci, whose discoveries we still take advantage of: his inventions still amaze us and we can't quite put our finger on how they could come from the mind of a man living in the XV century.

If we go back in time we can't retrace exactly, if not by hypothesis, the origins and the evolution of our planet, of men and animals that populated it before us, and the mystery of their survival.

Sometimes we ask ourselves questions about the universe, we wonder what astronauts actually found on the Moon, what space probes discovered about Mars... And then suddenly we are informed that 7 twin planets exist 40 million light years away from us, and our fantasy takes flight to a parallel world.

Are there inhabitants on these planets similar to ours? How do we imagine their physical appearance? Do these entities observe us even if our scientist cannot see them yet? Is it likely that once in a while they would come to us to give us advice on how to evolve? Is this the definition of a supersonic innovation, a big philosophical intuition?

Let's try to imagine all of this, how THEY live, what THEY do, how THEY eat, sleep, work, love.

It is not easy to solve this mystery and these new worlds often look more like Dante's Inferno than like our beloved Mother Earth.

Astronomist Jason Wright is convinced that the existance of aliens should be the least of our concerns, but at the Geneva Observatory Michel Mayor and Didier Queloz compare the discovery of a parallel system to Christopher Columbus, the concrete possibility of not being alone in the universe as the Holy Grail.

The confirmation of the fact that the universe swarms with planets (and not just stars, where life is obviously impossible) has granted a wide investigation field for science.

Extrasolar planets are the ultimate topic of research not only for astrophysics, but also for chemistry and biology, and why not, for philosophy as well.

In this vortex of questions faith, philosophy and science can give us explanations to a certain limit, but ART is unquestionably the best interpreter of our curiosity.

Art is the privileged means of description of our infinite questions about these worlds, that become POSSIBLE through our fantasy, our imagination,our intuition, sensibility and culture. Creating an artwork opens the door to a POSSIBLE WORLD that interprets and completes the reality of the artist.

The suggested theme is therefore greatly interesting and allows an infinite number of interpretations, just as many as the stars in the sky...


THE ARTIST IS NOT REQUIRED TO PAY ANY FEE


The initiative requires the creation of an artwork - free technique, on paper or cardboard


The works will be preserved as heritage of the city of Sant'Oreste and later exhibited in art galleries, museums or elsewhere will be required to spread this art form and to promote the artists.
The exhibition is curated by Tiziana Todi in collaboration with MailArtMeetingArchives by Anna Boschi di Bologna, boraArte - Bologna, the Town of Sant'Oreste and the Pro Loco tourist office of Sant'Oreste.

The exhibition will open on October 28, 2017 at 10:00 am at the sixteenth century Palazzo Caccia-Canali, attributed to architect Giacomo Barozzi da Vignola and subject of the 2011 FAI campaign for the protection of cultural and natural heritage, up until November 26, 2017.


Thank you to all participants.
Posted by Ruud Janssen at 09:46 No comments:

This week’s call is one that really appeals to me. I can’t help but think of the song, “Sucker for Pain” by Suicide Squad.
We all experience pain, at one time or another, in our lives. Some of us experience it more frequently than others and there are many different levels of severity to consider. This call asks us to draw on pain we have experienced, either physical, or emotional to convey a visual depiction of it. It asks us to share something intensely personal with the world in hopes of making a lasting impression on the medical students who will view the exhibit. If you would like to be an instrument of change in this area, read on for details.

The Hoyt Gallery at the USC Keck School of Medicine presents “PAIN2”, a mail in art/postcard show featuring images depicting physical and mental pain.   PAIN2 will run from September 1 – Oct 27, 2017
Our hope is that PAIN2 will give medical students a visual representation of what their future patients will be going though.  We want them to see their patients as people, not just symptoms.  We need you to draw your personal pains.
Deadline for submissions is August 30th, 2017.
PAIN2 is open to all visual artists worldwide.
Artists retain rights to submitted works, but grant Hoyt Gallery the rights to digital reproduction of their submission(s) to include on the Hoyt Gallery webpage, and PAINARTSHOW Facebook page.   www.facebook.com/PainArtShow/
Artists may send their pieces by postal mail to this address:
Pain
C/O Curriculum Office
Keck School of Medicine at USC
1975 Zonal Avenue, KAM 200
Los Angeles, CA 90089, USA
All work should include Artist name, email address, and info on type of pain depicted.
Posted by Ruud Janssen at 01:16 No comments:

My name is Jesse and I'm reaching out with respect to who you are and what you do. Regarding mail art, I organized an online auction for a Waldorf (arts) school for indigenous students in Guatemala, and one of the items for bid is 13 weeks of mail art from an artist, Katie Christian. She is not a member of IUOMA (yet), but she is a talented and reticent artist friend that I wish to encourage to create more.

My request is whether you could look at the link to her mail art prize for charity, consider it, and either spread the word internally or as some form of public PR? I share it in full so you can see evaluate it and see it is not spam:

Guatemala sadly has NO postal service but I ask if there is anything I could do in return for this request for exposure among your community. I would also be grateful to know other PR avenues to whom I could reach out.

Thank you for your time and for the work you do. Big Ray Johnson fan here!