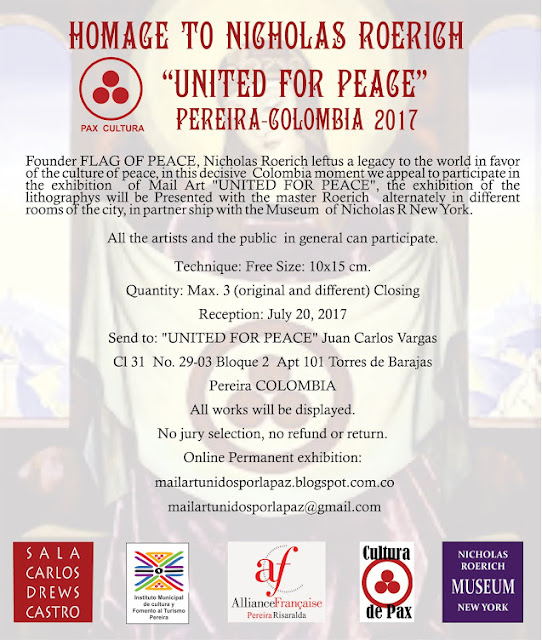 Posted by Ruud Janssen at 07:17 No comments:

Hello Artist,
I am currently holding a mail art call for everyone all over the world to join in. Early next year through Spring I will be exhibiting the art that I receive to local libraries and other artisan fairs in my area, Ontario Canada. Specific dates are to be determined.
I kindly ask all participants to make a handmade bookmark or tag that is inspired by your favorite book.
It can be your favorite book as a child or as an adult, Or even both.
You can use any style, any genre, any theme, any size. any author. You are also welcome to send as many as you wish. As long as there is a hole punch at the top and a small space on the back that states your name and where you are from.
Please send to:
Erin Young
P.o.Box 7146
Innisfil, Ontario
L9S 1A9
Canada
Also if you could state somewhere on the envelope that it is for the Mail Art Call, "Bookmarks & Tags"
I will post all received art to the I.U.O.M.A website as well as Instagram.
Posted by Ruud Janssen at 22:07 No comments:


Introduction:
The Oxford Dictionaries Word of the Year is a word or expression chosen to reflect the passing year in language.
Post-truth has been nominated as the Oxford Dictionaries Word of the Year 2016 and is an adjective defined as ‘relating to or denoting circumstances in which objective facts are less influential in shaping public opinion than appeals to emotion and personal belief’.
[ref: https://en.oxforddictionaries.com/word-of-the-year/word-of-the-year-2016]

Other words which were shortlisted were,
‘adulting noun, informal
The practice of behaving in a way characteristic of a responsible adult, especially the accomplishment of mundane but necessary tasks.’,
‘alt-right noun
An ideological grouping associated with extreme conservative or reactionary viewpoints, characterized by a rejection of mainstream politics and by the use of online media to disseminate deliberately controversial content.’,
‘Brexiteer noun, informal
A person who is in favour of the United Kingdom withdrawing from the European Union.’,
‘coulrophobia noun Extreme or irrational fear of clowns’,
‘glass  cliff noun
Used with reference to a situation in which a woman or member of a minority group ascends to a leadership position in challenging circumstances where the risk of failure is high.’
‘woke adjective, US informal
[originally in African-American usage] Alert to injustice in society, especially racism.’
Project Brief:
It is clear that this selection of words represent a certain mood within society both within Europe and America, and is a representation of the increased sense of unease in the world.
The question for this Mail-Art project is what does the word ‘Post-truth’ represent?
Answers on a post-card please to this address:
The Smallprint Company
2-3 Friary Street
Derby DE1 1JF
United Kingdom
Medium/technique: Any
Size: A5 (148 x 210) or A6 (105 x 148mm)
No returns
Deadline : 1st September 2017
notes: please include name, email, website and physical address with your submitted work. However, this is not mandatory and of course you may remain anonymous if you so choose.
All works received will be exhibited at the Smallprint Company gallery in October 2017.
Chris Barker
The Smallprint Company
chris@smallprintcompany.co.uk
www.smallprintcompany.co.uk
Posted by Ruud Janssen at 09:57 No comments:

My name is Karen Milszeski, I was a volunteer at Gallery 325 which was in the house of Marilyn Dammann ( Shadow Works). The gallery closed this year and a great deal of the mail art she had received is being cataloged at the Calumet Art Center up in the Keweenaw peninsula. The director of the center Ed Gray was a dear friend of Marilyn's. After we get the mail art cataloged we will have a monthly show of the mail art that she received either by artist or by the calls for art. We were wondering if anyone out there has any of Marilyn's mail art that she created to be added to what we have. Your response would be appreciated. Message me on Facebook or email sidnawbooks@yahoo.com. Check out The Calumet art Center on Facebook or web page. Thanks for your time. Karen
Posted by Ruud Janssen at 22:04 No comments:


Hello all artists all over the world !

You are kindly invited to congratulate Finland. Next year 2017 Finland is celebrating 100 years of independency. The whole year will be full of celebrations all over the country.

One way to congratulate celebrating Finland is to participate in this mail art project. I wish you want to be a part of team which is making this exhibition which will be in November 2017. The exhibition will be in Mainlibrary Arkki, Pälkäne, Finland.

Techinic is free on paper or cardboard.
Size is european standard A4, ONLY horizontal.
Every participant can send max. three art works to this project.
Add also your name, address and e-mail address. All information and the documentation will be sent only by e-mail.
Please, send with stamps in an envelope by snail mail. Do not bend.

No participation fee, no jury, no return.
Please, remember that in public library visit people of every age.

It would be a pleasure if you want to invite also all your artist friends to this project. It would be wonderful to have the whole gallery room full of congratulations.

Hundred years is something very unique. I will send the next independency celebration invitation only when there will be hundred years more.

Waiting for your response.
Thank you!
Posted by Ruud Janssen at 06:47 No comments: 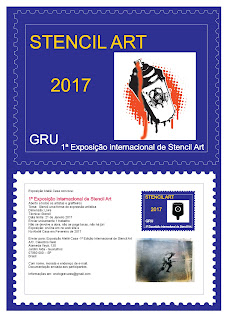 Comment: Anything that has to do with time and clocks

Thank you so much,
Megumi Swarthout
Posted by Ruud Janssen at 22:52 2 comments: